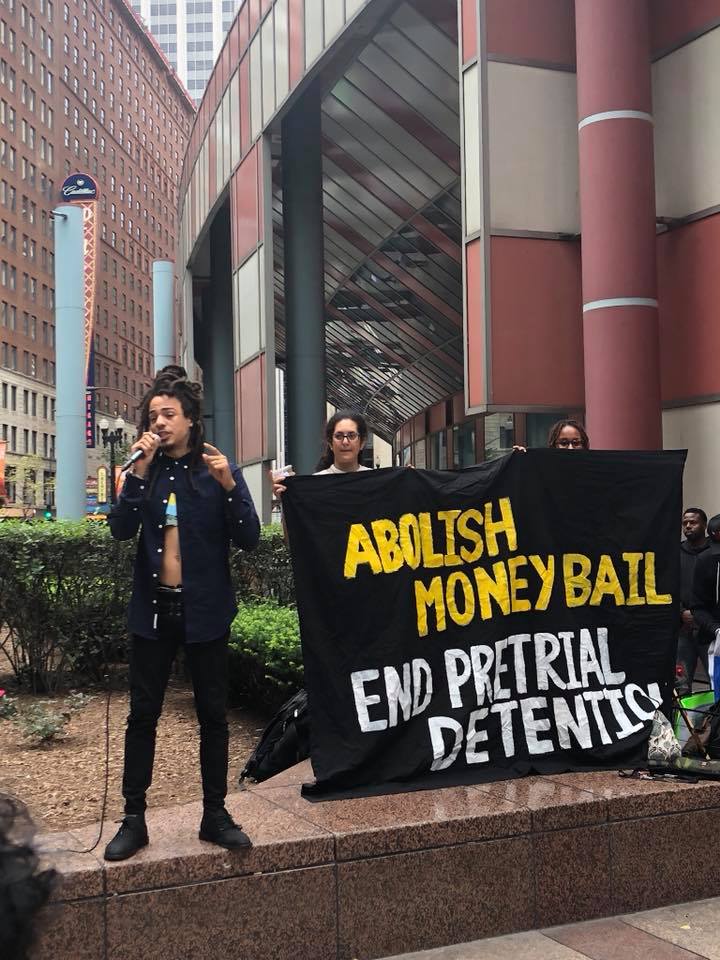 The Tucson Second Chance Community Bail Fund (TSCCBF) was established to address the disproportionate impact of the cash bail system on communities of color and vulnerable populations here in Pima County. This effort is an outgrowth of Black Lives Matter (BLM) Tucson’s May 2017 “Mama Bailout Campaign.” That campaign raised money to free mothers in jail as part of a national effort by BLM to raise awareness about the inequities and immorality of using cash bonds to secure the court appearance of defendants. The “Mama Bailout Campaign” was a success, and it helped illuminate the persistent and ongoing need for continued cash bail assistance initiatives here in Pima County. As a result, the Second Chance Bail Fund Coalition (made up of local lawyers, activists, and concerned citizens) was created to manage and facilitate the creation of TSCCBF, in an effort to help end the criminalization of poverty in Tucson.